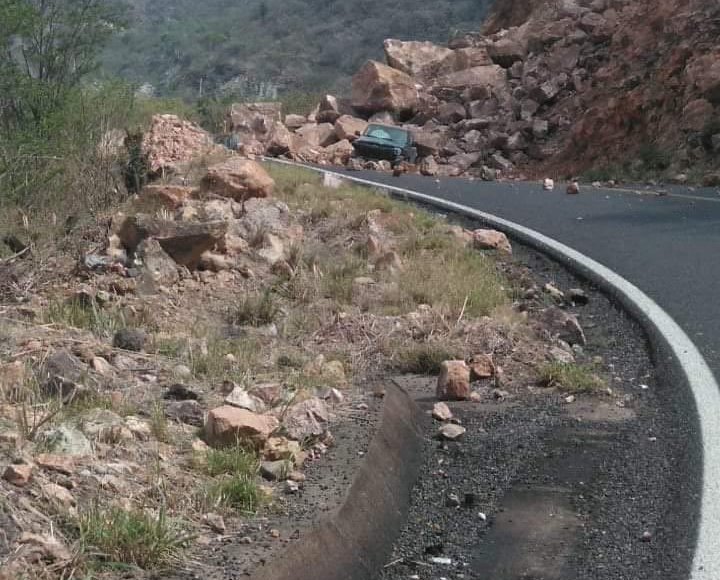 A powerful 7.4 magnitude earthquake hit the coast of southern Mexico on Tuesday at 10:29 a.m. Shaking buildings in Mexico City hundreds 300 miles away from the epic center located 14 miles off the coast of Oaxaca, Mexico. It sent people fleeing from their homes, hospitals and businesses into the streets. NOAA issued a tsunami warning. but was later canceled. Although some citizens reported the tide being lower than usual.

THe initial reported magnitude was a 7.7 Then downgraded by the USGS to a 7.4. A 4.9 magnitude quake had just struck the same area on Monday There have been over 150 aftershocks since the 7.4. Its likely more will come, including some larger aftershocks as high as 6.0 in magnitude.

At least 4 deaths and and more than 50 injuries had been reported by governor of Oaxaca, Alejandro Murat at the time. Millions are without power, and millions more are wondering when the next one will hit. However damage was limited due to the rural area of Mexico the quake struck

Fortunately there was no major damage,” President Andrés Manuel López Obrador said in a Twitter video posted early in the afternoon, one of a series he posted, relaying updates from Mr. León and others. The president said, “collapses, some broken glass, signage fell, walls, but nothing serious.” To a person on the phone. He urged everyone to remain attentive to further seismic warnings and to stay calm. “I hope and I wish with all my soul that there will be no more damaging aftershocks.

The NOAA buoys recorded small seismic waves after the quake, But were too small to have much noticeable affect.

Several videos coming out on twitter showed some damage and scared citizens. Mostly the videos showed buildings swaying back and forth and pools sloshing around. More aftershocks are due for this area. this isnt the first time its been hit with a large quake. the last time in 2017. The video below are from twitter showing what it was like being in a magnitude 7 earthquake.

New video up on Disclosure tv